An advantage of Microsoft File Explorer is that it is a fundamental part of Windows, so it provides efficient access to the file system and the components of installed programs that are integrated into the system. Its main disadvantage is that it doesn’t support multi-panel mode. As a workaround, you can open multiple File Explorer windows, but this method is also clumsy.

Tabbed Explorer and Explorer Commander offer a multi-panel expansion for Microsoft File Explorer. Both software were created using the original explorer.exe process. The result is two useful software, but some issues can't be solved. 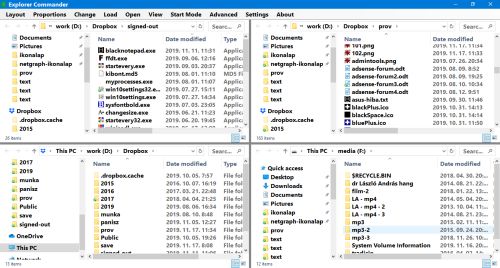 These issues mainly arise from the basic properties of explorer.exe. Moreover, Microsoft doesn’t support the use of explorer.exe as a component, so there is no documentation on this either.

Microsoft has also attempted to develop a multi-panel solution, but the idea was discarded. They should have probably intervened into the explorer process, which is already overloaded with functions, to such a degree that makes no sense.

A brief summary of the issues of the Tabbed Explorer and Explorer Commander software and related solutions is provided below: 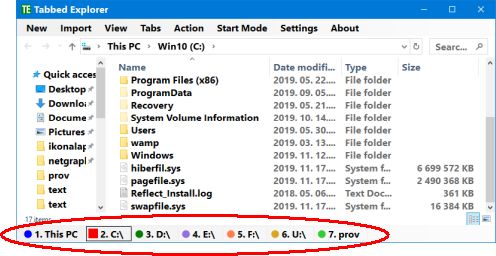 If the indicated issues and related solutions aren’t acceptable to you, or you encounter further issues, you can simply delete both software from your computer: