In this article, I’ll share my experience with the functioning of explorer.exe, and introduce the common features of the explorer.exe based programs developed by me.

The explorer.exe process performs various tasks, e.g. Windows shell, File Explorer, etc. These tasks might as well be performed by individual processes. They were probably incorporated into a single combined process due to compatibility reasons.

Multiple explorer (or similarly looking) processes can be created in several ways. The following list contains the most common cases whose combination is also frequent: 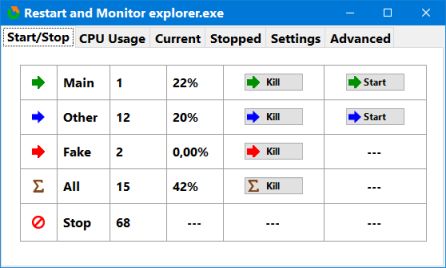